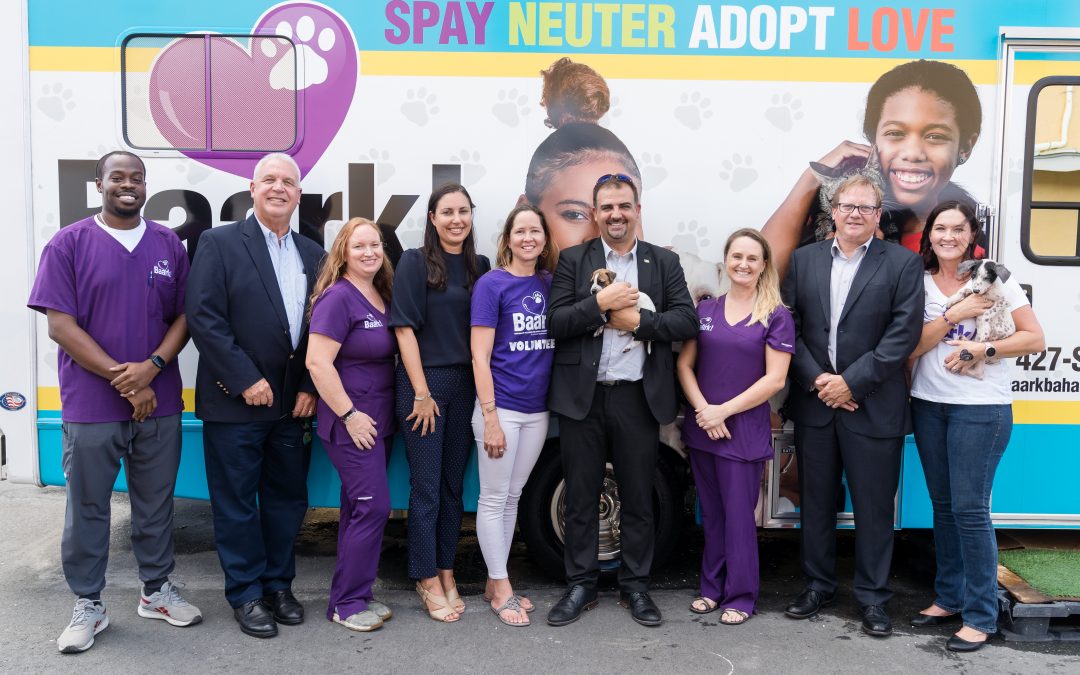 NASSAU, The Bahamas — During a press conference on October 5th at Lowes, Baark! (Bahamas Alliance for Animal Rights and Kindness) announced the 2nd Annual International Potcake Golf Tournament, to be held on December 11th, 2022 at The Ocean Club Golf Course, Atlantis, Paradise Island.

The goal of this Golf Tournament is to raise $100,000 to support the ongoing operations of the Baark! Mobile Clinic. Since the mobile clinic arrived in March 2022, there have been nearly 1,600 spay and neuter surgeries performed in the mobile clinic in the communities of Fox Hill, Chippingham, Nassau Village, and Kemp Road.

Speaking at the event, Minister of Agriculture, Clay Sweeting commended Baark!, saying, “I congratulate Baark! on the progress that has been made in the past year as evidenced by this new mobile clinic to do the work that you all are so passionate about.”

Amber Carey from ALIV stated, “We’re excited to be the Title Sponsor for the 2nd Annual Potcake Golf Tournament and we look forward to making this a bigger and better event. ”

Looking back, Ms. Carey recalled, “a year ago when we partnered with Baark! on their inaugural annual golf tournament, the mobile clinic was still a dream and now, it is here! ALIV is committed to an organisation like Baark! which gives their time and resources to what is sometimes a thankless job.”

“We’re also committed to supporting Baark!’s 5 year plan to reduce the amount of stray dogs and cats across New Providence and the Family Islands.”

“We look forward to continued efforts to work together with Baark!, not just as a Ministry, but also with private individuals and non-profit entities to ensure that we raise awareness, help animal safety and reduce animal cruelty in our country,” Minister Sweeting said.

Speaking about the event, Laura Kimble, President of Baark! stated, “we promise a fantastic day for 124 golfers. Each player will get an amazing tote bag filled with goodies and the opportunity to win fantastic prizes, including the chance to win a BYD Han Luxury Sedan if they shoot a hole in one!’

In addition to ALIV as the event’s title sponsor, the event has 38 corporate sponsors to help fund the ongoing operations of the mobile clinic.

To sign-up to play or to donate, visit baarkbahamas.com or call 427-SPAY. 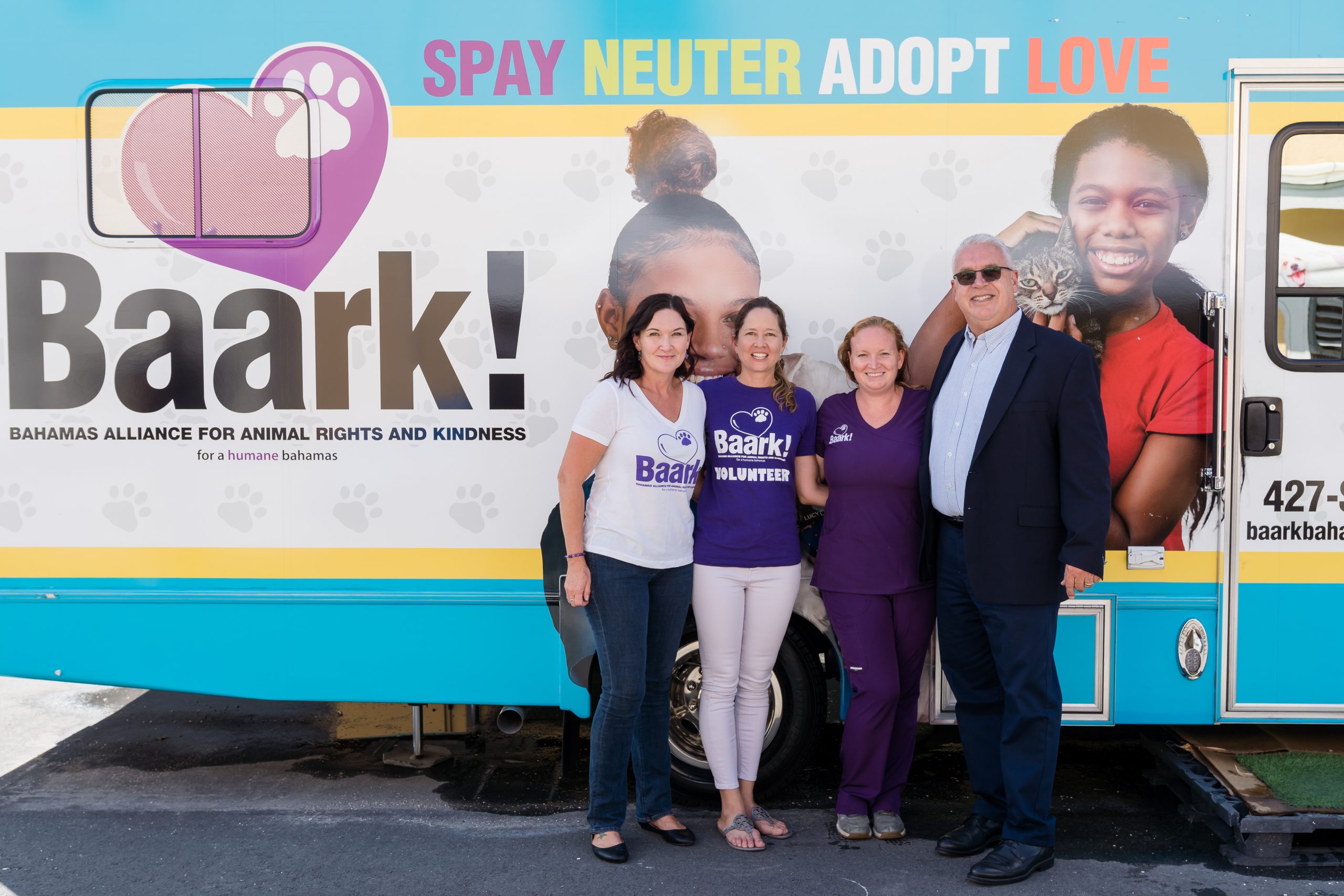 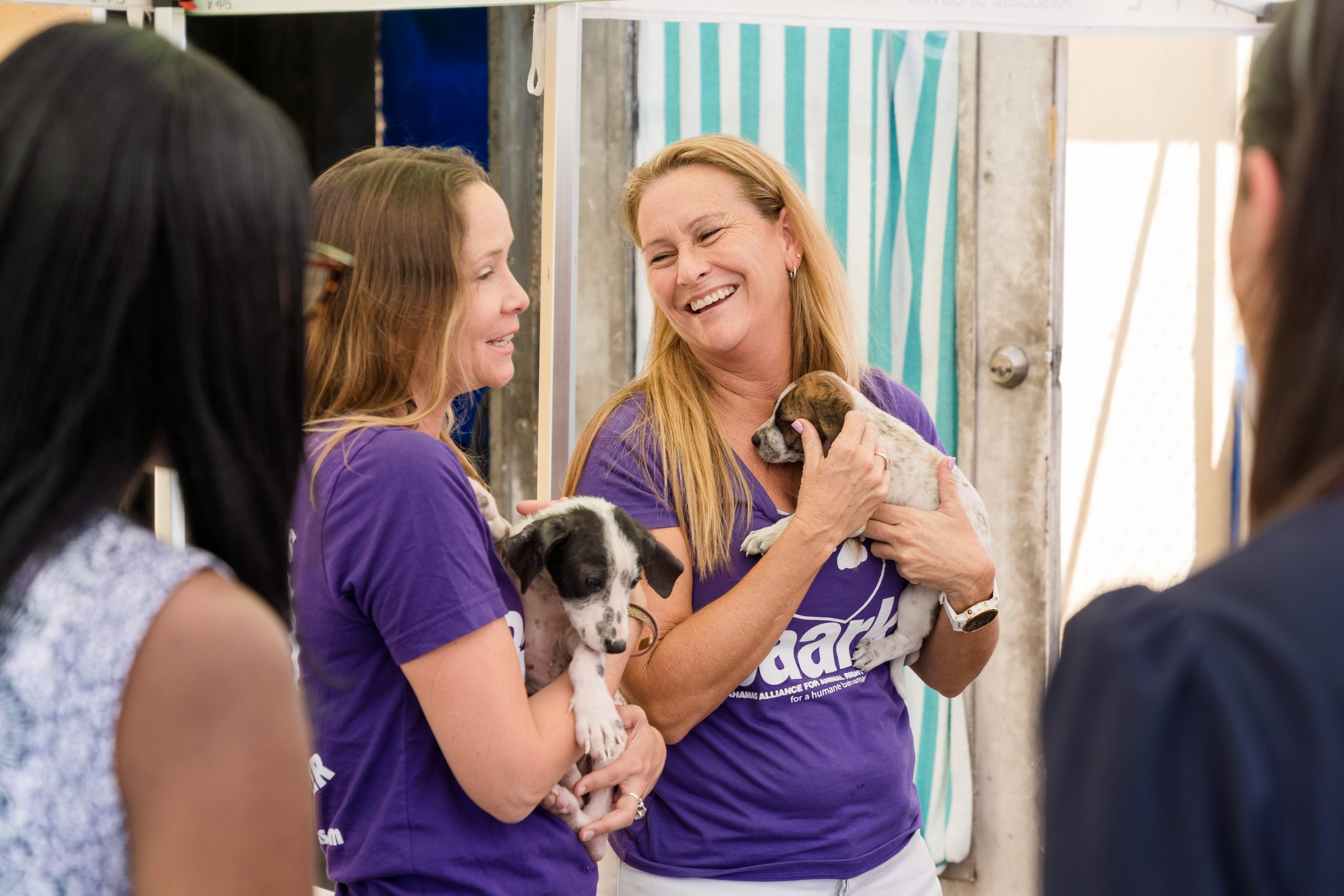 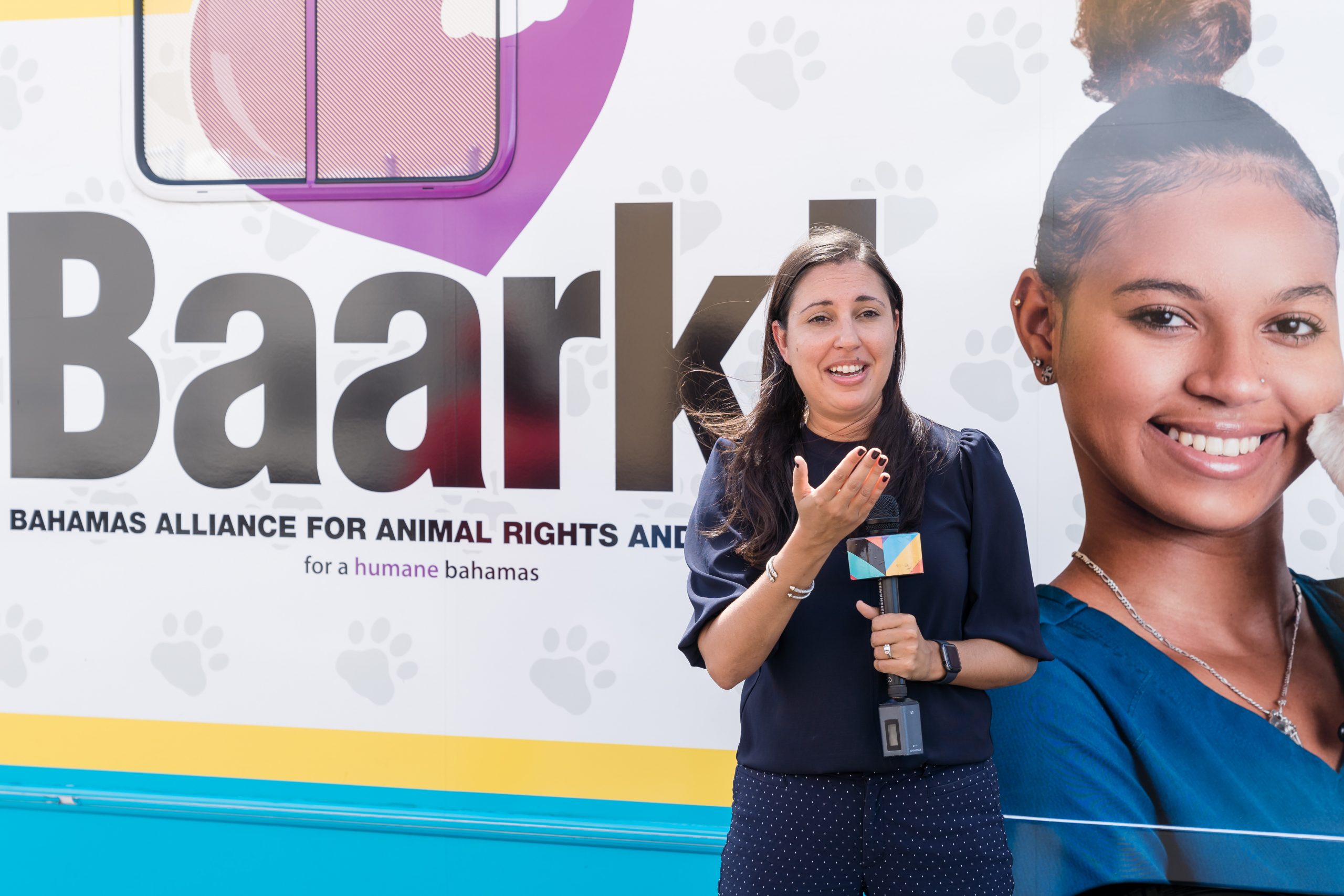 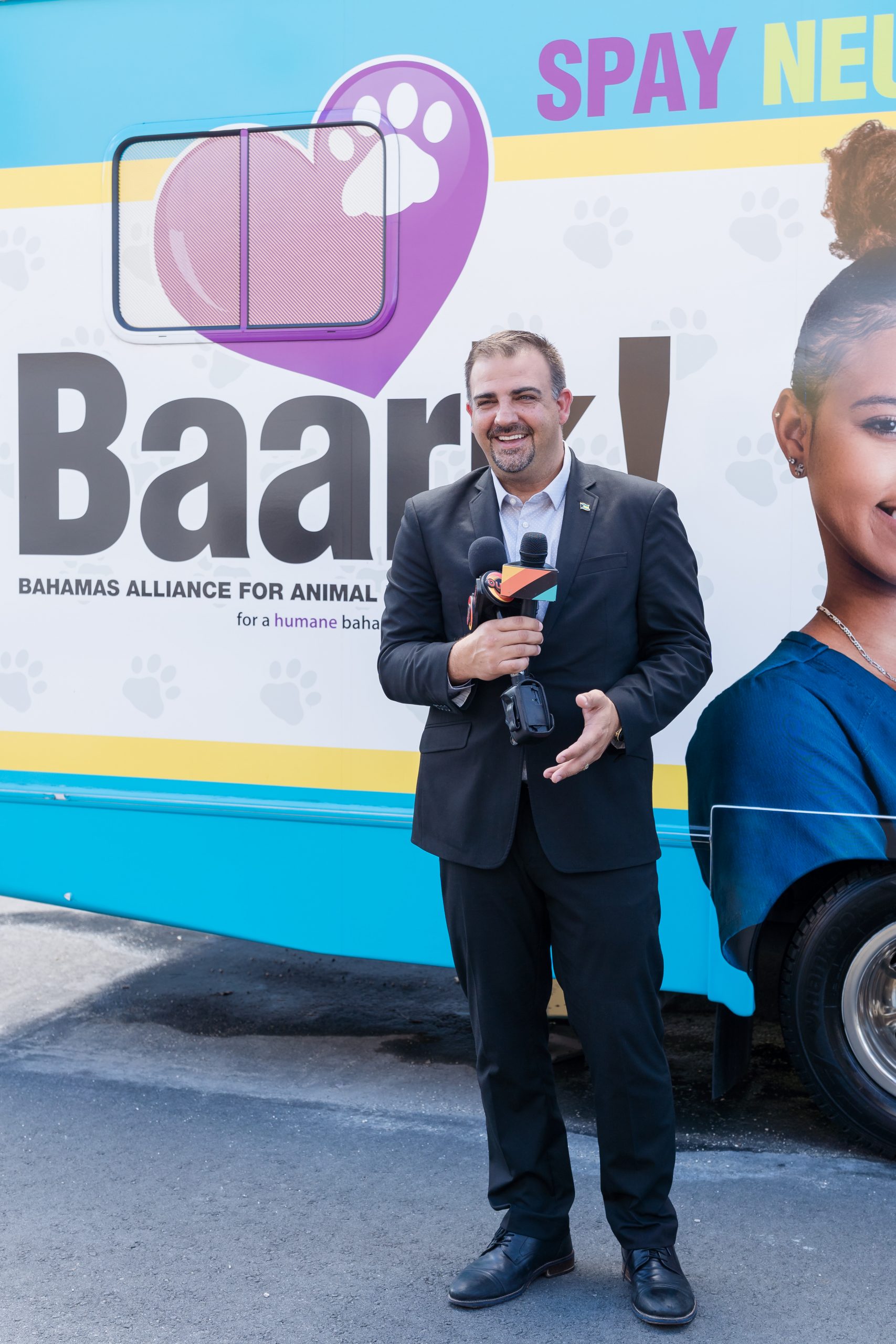 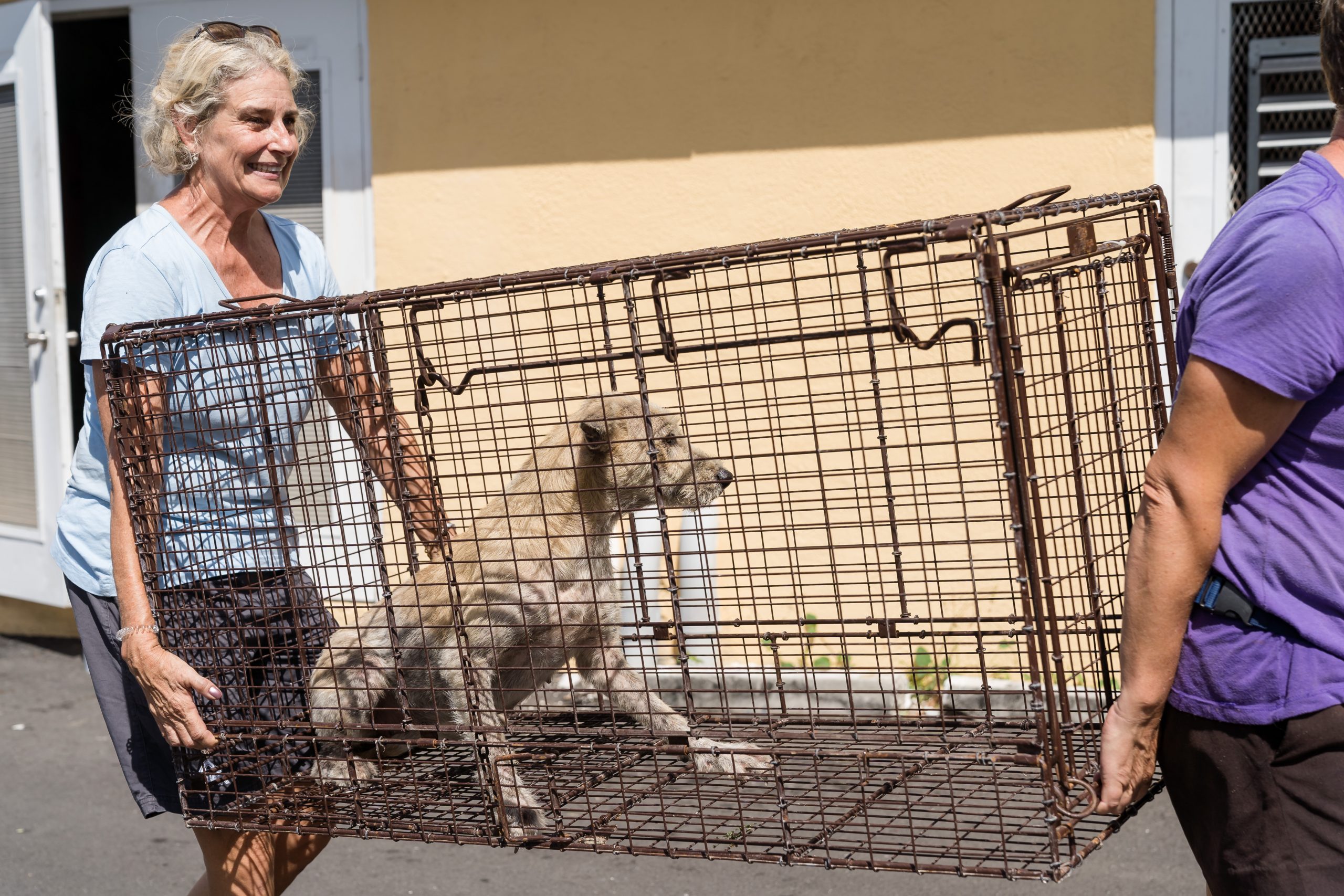