Dogs and Cats Count on BAARK!

BAARK! is a nonprofit spay and neuter organization whose mission is to reduce the homeless animal population and end the suffering of cats and dogs in the Bahamas. Over the last three months, BAARK! has been conducting an animal population survey to gather baseline data on dog and cat populations in New Providence. Using an application created by World Vet Services based in England, volunteers have been carrying out neighbourhood surveys to determine details on dog and cat populations on seven mapped routes around New Providence.

The surveyors also distributed food samples provided by BWA and Purina and other gifts to members of the community whose cooperation was invaluable in gathering statistics on animals along these routes. The results of the survey will be analysed by WVS to establish the estimated population density of dogs and cats on the island.

The collected data will then serve as a guide for BAARK’s mobile clinic which is scheduled to come on board in the first quarter of 2022. The aim of the mobile clinic will be to spay/neuter 20-30 animals per day, which would be equivalent to 5,000 to 7,000 animals  per year.  With ambitions to begin on New Providence and then branch out to Family Islands, the clinic will ultimately result in a sizeable reduction of the homeless animal population, create safer and cleaner neighbourhoods and drastically reduce the suffering of stray dogs and cats in The Bahamas.

This past summer, BAARK! partnered with the Bahamas Humane Society to launch “Sunday Spay Days”,  a series of spay and neuter clinics aimed at pet owners who were able to have their dogs and cats spayed/neutered for free. So far, a total of 296 dogs and cats were spayed/neutered in these volunteer-run clinics from May to August plus 329 surgeries were directed to local vets during the week in response to the promotion. The “Sunday Spay Days” series restarts on September 12 and runs on select Sundays until November 21, 2021. A special thanks to BWA, Odyssey, Super Value, Family Guardian, JS Johnson, Sterling, Lombardi and many private donors for their kind donations and to the Rotary Club of East Nassau for their assistance.

Currently, the Bahamas Humane Society is housing an average of 550 homeless animals awaiting adoption. BAARK! hopes that the start of its mobile spay and neuter clinic plus a focus on responsible pet ownership education will help to create a better life for animals and people alike in the Bahamas.

Anyone wanting to support the work of BAARK! can make a donation at their website baarkbahamas.com. For more information on Sunday Spay Days, please visit  BAARK! and BHS social media pages or call 427-7729 to make an appointment. 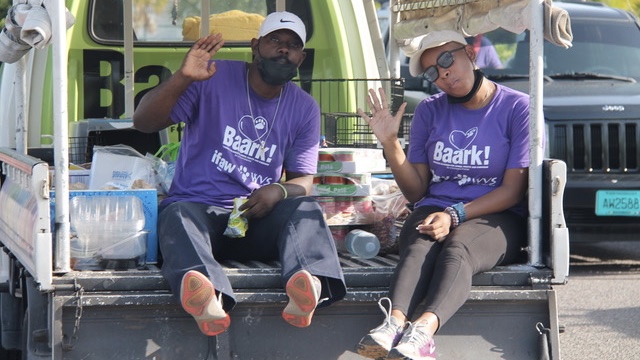 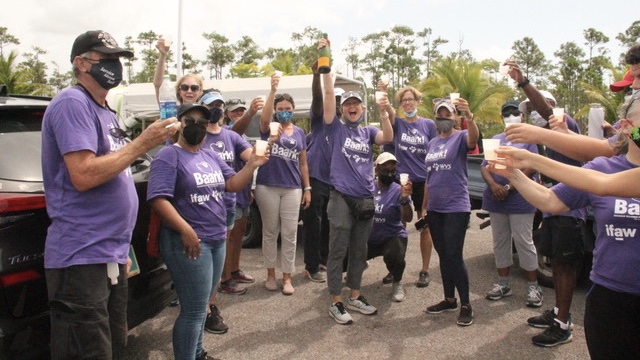